A NEW ERA FOR SMITH WITH #PROJECT109

After 15 years racing at the highest level in motorcycle racing - 125cc, Moto2, MotoGP and MotoE clasees, Bradley looks to the future with #Project109 to help develop the next wave of young talent. 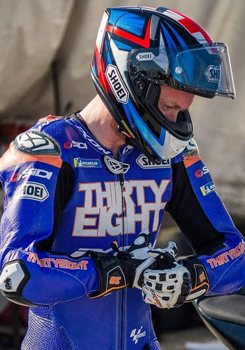