For several years, In&motion has been working on adapting its technological platform to the motorcycle racing field. Over the past seasons, most of the riders wearing an Ixon suit have contributed to the development of the algorithm, acquiring data in practise and race conditions. Meanwhile, Ixon and In&motion developed an interface allowing an easy integration of the In&motion airbag in the suits while preserving the pilot comfort.

Since the beginning of the 2016 season, several riders including Bradley Smith from the Monster Yamaha Tech3 team, are wearing this new Airbag solution under their suit.  

  From ski slopes to MotoGP™ tracks: new challenges
After releasing the Ski Airbag Vest in 2014, protection of riders involved in motoracing competition is the second application on which the In&motion teams are working on.

During the development the focus was on two key elements: protection performance and rider comfort. This means that In&motion relied on epidemiological data in order to develop a new airbag able to cover vulnerable and regularly injured body area (thorax, shoulders, back, etc.) Ixon racing service, are a major player in several racing championships such as MotoGP™ with riders Bradley SMITH (MotoGP™) and Xavier SIMEON (Moto2) being involved since the conception of the system in order to make sure the fit and ergonomics were good. 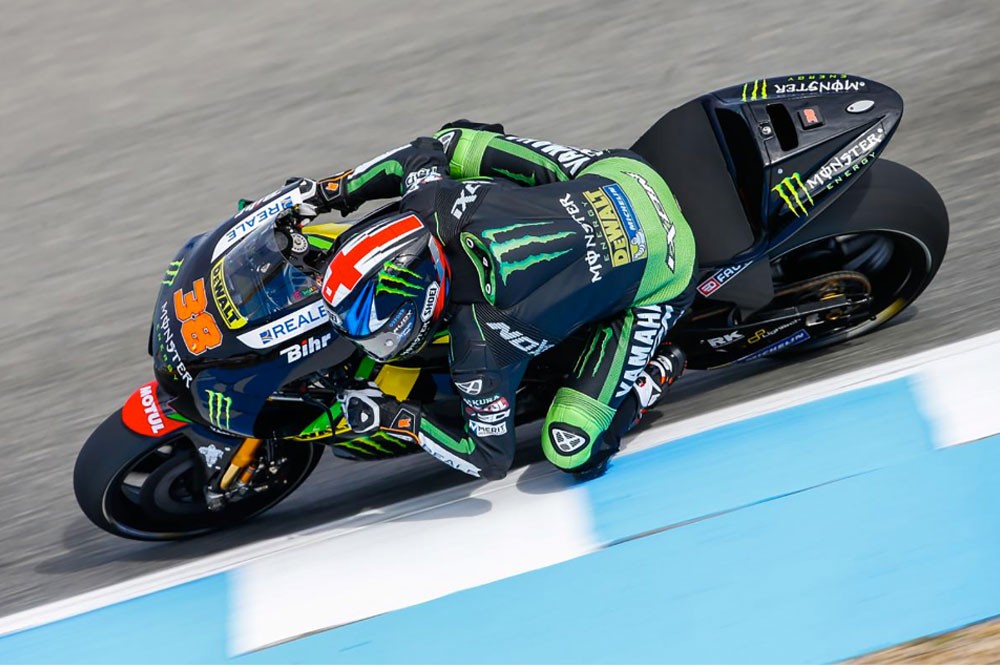 In&motion: a multipurpose platform which is adapted to motorcycle racing
Motorcycle crashes and more particularly in MotoGP™ required an adaptation of the detection algorithm to lead to a reliable solution that offers an efficient protection.The technology embedded in the In&box measures movements in real time and is able to identify serious falls to trigger the inflation of the airbag in less than one­ tenth of a second (100 milliseconds). On one hand, the airbag can absorb the shock energy and on the other hand, it maintains the spine and vital organs for limiting trauma.

Special attention was given to the Airbag design and its integration in the suits: the In&motion team is  indeed convinced that you shouldn’t compromise on design and riding comfort to improve the protective performance.

Pierre­François TISSOT, Co­founder & CMO at In&motion declares:
“It’s fascinating and exciting to work in such a context of high level motorcycle racing. Riders are used to take into account the technical environment related to their motorbike. Thus, it was easier to have them involved since the very beginning of the new Airbag system development and their feedbacks enabled us to rapidly end in a first suitable solution. Several riders already successfully adopted the airbag and we have seen inflations during heat races and during official races.”

An innovation in both way: the product and the conception
The In&motion team deeply believes that to build the best product ever, the end ­user must be involved in the development process as soon as possible. Any feedback or comment given by the riders are integrated to the design process. The goal is to end in a final product reliable made for and by the users. This way of proceeding may become a common practice among the In&motion project teams.