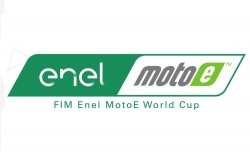 MotoE’s single manufacturer Energica has been putting in an extraordinary effort in order to make sure the first-ever edition of the all-electric world series begins on July 7th at the Sachsenring in Germany – after the unfortunate event which took place in Jerez in March.

The company’s ultimate commitment to bring electric racing onto the world stage and its never-give-up attitude – despite big challenges and limited time – have ultimately resulted in a rebuilding timeline that fits the requirements for the championship to get underway as hoped.

By the end of May, Energica will have built all of the Ego Corsa machines needed, in a record time of less than three months. The effort of all partners and suppliers, combined with work ethics and dedication second to none, have been crucial in making the unthinkable a reality.

“On the day after the fire in Jerez, we knew a special effort had to be made” says Energica’s CEO Livia Cevolini. “There was no time to waste, despite witnessing what happened – which was surely something very hard to deal with. We can now very proudly say that there is indeed a sure timeframe for the new Ego Corsa machine to be ready, and that it fits in with the timing for the series to begin in Germany. I can’t thank everyone involved enough for the massive effort that is being put in place and all the teams, riders, fans and partners for their huge support. There is still a little bit of time left, but it’s surely worth the wait.”

While anxiously waiting for MotoE proceedings finally to get underway at Valencia’s Ricardo Tormo circuit on 17-19 June for the pre-season official test.