Bradley in the dark on new Yamaha gearbox 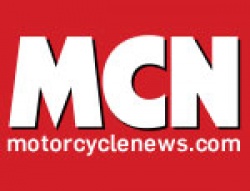 Bradley Smith is in the dark over whether his Monster Yamaha Tech 3 YZR-M1 will be fitted with a new seamless shift gearbox when MotoGP testing commences in Malaysia early next month.

Factory duo Jorge Lorenzo and Valentino Rossi have been racing Yamaha’s new seamless shift gearbox, which helps with stability on upshifts, since the Misano round last September.

Spaniard Lorenzo hailed the new gearbox as a significant development and he was only defeated twice in the six races he used the updated transmission, which included victories in the final three races at Phillip Island, Twin Ring Motegi and Valencia.

The new system was not made available to Smith and ex-Tech 3 teammate Cal Crutchlow for the remainder of 2013.

But Tech 3 manager Herve Poncharal has always been confident both Smith and reigning Moto2 world champion Pol Espargaro will campaign the seamless shift gearbox in 2014.

Oxfordshire rider Smith, who is now based in Andorra, told MCN he is not sure whether he will test the new gearbox when 2014 preparations start at the Sepang track on February 4.

Speaking to MCN, the 23-year-old said: “I haven’t heard anything. Herve said to me in Valencia not to worry about anything and go away for a few months and come back and we will start again. I’ve been in contact with him about the floods at the workshop but nothing to do with the motorcycles. We have to get there and Guy (Coulon) and the Japanese will tell me. I do hope we have it and the last time it was talked about there was more chance of it happening than not. But I have not had any definitive word on that.”