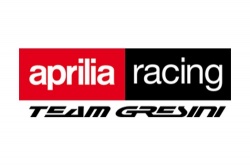 Aprilia's home GP at Misano Adriatico is also the chance for an important formalisation. MotoGP rider Bradley Smith will join the Aprilia Test Team for 2019 and will also compete astride the RS-GP in a series of wild cards during next season. The arrival of the British rider, runner-up 125cc champion in 2009 on Aprilia, is part of the racing department's reorganisation and reinforcing process to consolidate the Aprilia MotoGP project.

Bradley Smith, born in 1990, took his first steps in motorcycle racing at a very young age in motocross, later making his début in the single-brand Aprilia Superteens where he was quickly in the limelight. He moved up to the 125cc World Championship class in 2006, taking his first podium finish the following year. He was then runner-up champion in the category in 2009, whereas in 2011 and 2012 he raced in the intermediate Moto2 class. In his MotoGP experience, begun in 2013, he has finished twice on the podium and taken a series of top 10 placements. His trophy collection also includes one from the prestigious Suzuka 8 Hours, won in 2015.