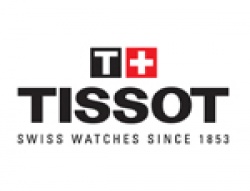 Tissot, the Official Timekeeper and Official Watch of the MotoGP™ World Championship is celebrating the 2012 season with a personal appearance from their Brand Ambassador Bradley Smith, who competes in the Moto2 World Championship.

On Wednesday 13 June, Bradley will appear at Fraser Hart, Westfield Stratford between 5 – 7pm and present the new Tissot T-Race MotoGP Limited Edition 2012 collection.  Guests will be invited to discover the watches in store and get a chance to meet Bradley in the build up to the British Grand Prix at Silverstone.

Twenty one year old Smith will join the elite when he rides in the premier class of World Championship motorcycle racing in the 2013 MotoGP World Championship. This will potentially be his last season in the Moto2 class and will provide the perfect chance for fans to ask Bradley questions about his career and the future. He has already won three grands prix and finished second in the British Grand Prix last year.

Bradley Smith states “This is such an exciting year to be involved in a major sporting event in the UK and with only two days before the British round of the Championship it will be great to meet some of my fans who always give me such fantastic support.

“It’s always fun to interact with fans and being at Fraser Hart will give me a chance to show them the Limited Edition Tissot T-Race MotoGP watches.  Hopefully I can answer some questions and inspire young riders to compete in such an exhilarating sport. Tissot is such an iconic brand in the motorcycle industry as Official Timekeeper so I am always honoured to be invited to their events.”

Smith became the youngest British rider to complete 100 grands prix at the recent French Grand Prix. He currently lies eighth in the 2012 Moto2 World Championship after four rounds of the 17 round Championship.