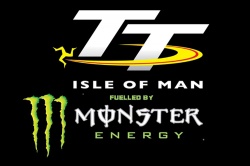 Britain's MotoGP stars are set to experience the world's finest road race and take part in a parade lap at the 2014 Isle of Man TT Races fuelled by Monster Energy.

Bradley Smith, Michael Laverty, and Isle of Man resident Cal Crutchlow, will all appear in the parade lap ahead of this year's 2014 PokerStars Senior TT on Friday 6th June.

The trio will complete a lap of the famous 37.73 mile Mountain Course on production bikes, before the likes of Michael Dunlop and John McGuiness take to the track for the Senior TT.

Bradley Smith:
“I just want to be able to appreciate exactly what those guys do. The fact that there's a circuit over 37 miles long is amazing. I've been there twice already and unfortunately it's rained both times so hopefully I'll get to see some racing this year."

“I want to see in real life what it's all about and appreciate the talent that these guys have. I see some circuit racers go over and they pretty much get beat every single time. Bruce Anstey set the new record at 132.3 on Saturday and anything that is averaging that is pretty darn impressive!”

Smith, who rides for Monster Yamaha Tech 3, will use a Yamaha R1 for his lap.