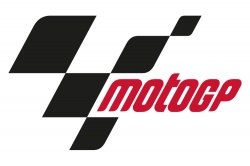 Spread across the MotoGP, Moto2 and 125 cc classes, it is the biggest British entry for 22 years and there is a realistic chance of British success over the next eight months.

Cal Crutchlow makes his MotoGP debut round the 3.343 Losail circuit after a British absence in the premier class last year. It will be a steep learning curve for the former World Supersport Champion as he replaces American Ben Spies in the Monster Yamaha Tech 3 team. He finished fifth in the World Superbike Championship last year and Yamaha wanted him to remain for another year but he made the move to MotoGP where he joins American veteran Colin Edwards.

The Moto2 class made a sensational debut last year and one of its star performers was Gloucestershire teenager Scott Redding riding the Marc VDS machine. He completed the season in superb form. He eventually finished eighth in the Championship which included a second place in Australia. He has looked very impressive in pre-season testing and is joined by two more British riders.

Twenty year old Bradley Smith makes his Moto2 debut on Sunday for the French-based Tech 3 team. He has already won three 125 cc grands prix including the final race of last season. In similar fashion to Crutchlow it will be a steep learning curve but Smith has already looked impressive in testing. He will be seeking top ten finishes in his first year on the 600 cc four-stroke machinery.

Twenty- two year old Scotsman Kev Coughlan makes his full season Moto2 debut but has plenty of experience in the class. Last year he rode in the Spanish Moto2 Championship and also looked impressive in a couple of grand prix wild card entries.

No less than four British riders compete in the 125 cc class led by the very experienced teenager Danny Webb who has just been voted Sports Personality of the Year in his native Kent. This season he will spearhead the first Indian participation in the MotoGP World Championship. Mahindra Racing will run a two rider team with Webb joining up with impressive German youngster Marcel Schrotter.

Both Harry Stafford and Taylor Mackenzie have progressed through the Red Bull MotoGP Rookies Cup to move on to their first full season of grand prix racing.

It’s a very important year for the British MotoGP riders and a good start under the floodlights on Sunday will be the ideal preparation for the battles that lie ahead.

Bradley Smith
“We did 160 laps in two days at the final test. It was hard work we needed to put in and it was definitely worth it. We tested everything we had inside the truck, so we know exactly how the bike is working and in what direction we have to go when the racing kicks off. We did not improve our lap times on the final day but we improved in the consistency. I was able to ride fast on old tyres, so we are good for the race distance and that has given me a lot of confidence for Qatar. We are working to figure out how we can close the gap on the front guys. That is going to be important for the best lap time in qualifying. But I am feeling a lot more comfortable with the bike and the 600 is not feeling quite so alien now. We’ll analyse a lot of data and come up with a plan for the start of the season. I'm really looking forward to racing.”

This time last year the Moto2 World Championship made its debut in Qatar and what a debut season it turned out to be for the new class. This year promises to be more of the same with last year’s race winners Alex De Angelis, Jules Cluzel, Andrea Iannone, Yuki Takahashi and Stefan Bradl facing a bevy of new challengers from MotoGP, 125’s and many of last year’s challengers. Mika Kallio and Aleix Espargaro have come from MotoGP, World Champion Marc Marquez, Pol Espargaro and Bradley Smith from the 125’s while the likes of Julian Simon, Scott Redding and Tom Luthi will be chasing their first wins. It promises to be some season.

TELEVISION TIMES
Practice, qualifying and the races will be shown at the following times on British television: