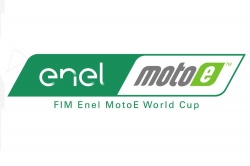 A fire in the newly-built E-paddock has destroyed the majority of material for the FIM Enel MotoE™ World Cup.

At around 00:15 early on the 14th of March during the second preseason MotoE™ test at the Circuito de Jerez – Angel Nieto, the E-Paddock for the FIM Enel MotoE™ World Cup caught fire, causing major damages and losses. The cause of the fire is currently under investigation.

Fortunately there have been no injuries. An update will follow in the coming hours regarding the exact causes of the fire and any subsequent changes to the calendar.