German GP to air live on ITV in the UK 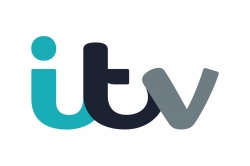 The MotoGP World Championship live broadcasting rights are exclusively held by BT Sport, with the subscription service the home of MotoGP coverage in the UK since 2014, when it took over from the BBC.

MotoGP’s free-to-air presence has dwindled since BT’s takeover, with UK fans who don’t have access to BT having to settle for one-hour highlight shows on ITV4 on Monday evenings after each grand prix, however ITV’s coverage will once again expand to showing two races live.

Dorna Sports - MotoGP’s rights holders, have confirmed that the German and British GPs will be shown live and free in the UK.

The German GP at the Sachsenring will take place from 17-19 June, with ITV’s main channel showing the race live. Moto2 and Moto3 will also be shown on ITV4.

The British GP, which takes place on 5-7 August at Silverstone will have all three classes shown live on ITV’s main channel.

The presenting line up for ITV's live MotoGP coverage on Sunday 19th June will be Orla Chennaoui alongside James Toseland and Bradley Smith with ITV taking World Feed commentary for the race itself.