Lorenzo Savadori will début in MotoGP for Aprilia 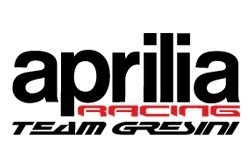 Lorenzo Savadori will début in MotoGP astride the Aprilia RS-GP in the Grand Prix of Europe, scheduled to be held in Valencia from 6 through 8 November.

Lorenzo will also sub for Bradley Smith as Aprilia Racing Team Gresini rider in the following rounds which will close out the 2020 MotoGP season, namely the Comunitat Valenciana GP on 15 November, also on the Ricardo Tormo circuit in Valencia, and the GP of Portugal in Portimão on 22 November.


Massimo Rivola - Aprilia Racing CEO
“First and foremost, I wish to thank Bradley for his efforts this season. He took one the unexpected role of factory rider with great dignity and outstanding performance, and his contribution was extremely valuable.