MotoGP™ KymiRing test ready for lift off in Finland 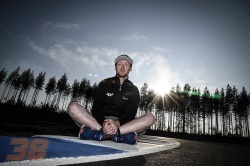 After a full gas back-to-back, MotoGP™ has headed north for a two-day test to inaugurate the new KymiRing in Finland on the 19th and 20th of August. All six manufacturers’ Test Teams have now arrived at the northernmost track on this year’s itinerary to get acquainted with the new venue ahead of its planned inclusion on the MotoGP™ calendar.

Local hero Mika Kallio will be on track for KTM as he gets a first taste of his new home track, with the high calibre line-up completed by Bradley Smith testing for Aprilia, fresh from making a little history as a podium finisher in the opening two races for the FIM Enel MotoE™ World Cup - and ahead of his Moto2™ appearance at Silverstone.

On Sunday the six riders walked and studied the track with their teams ahead of getting on the asphalt on two wheels on Monday, before later lining up for the first photo opportunity at the brand new track. With the kerbs flying the colors of the Finnish flag and the background a stunning slew of giant conifer trees and clear northern summer skies, it was a moment to remember for the track.

The test will also include two press conferences. On Monday at 13:00 representatives from the FIM, Dorna and local authorities will talk to the media, with FIM President Jorge Viegas, Timo Pohjola, KymiRing Circuit Director, Tapio Nevala, President of the Finnish Motorcycle Federation, Aki Ajo from Ajo Motorsport, and Carlos Ezpeleta, Sporting Director from Dorna Sports all present.

On Monday evening at 18:00, the six riders will then take part in a second press conference to give their first impressions of the track.