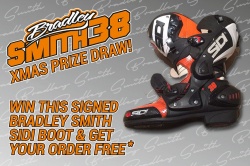 Order BS38 Merchandise during December to be automatically entered into a prize draw to win a signed Sidi race warn boot! 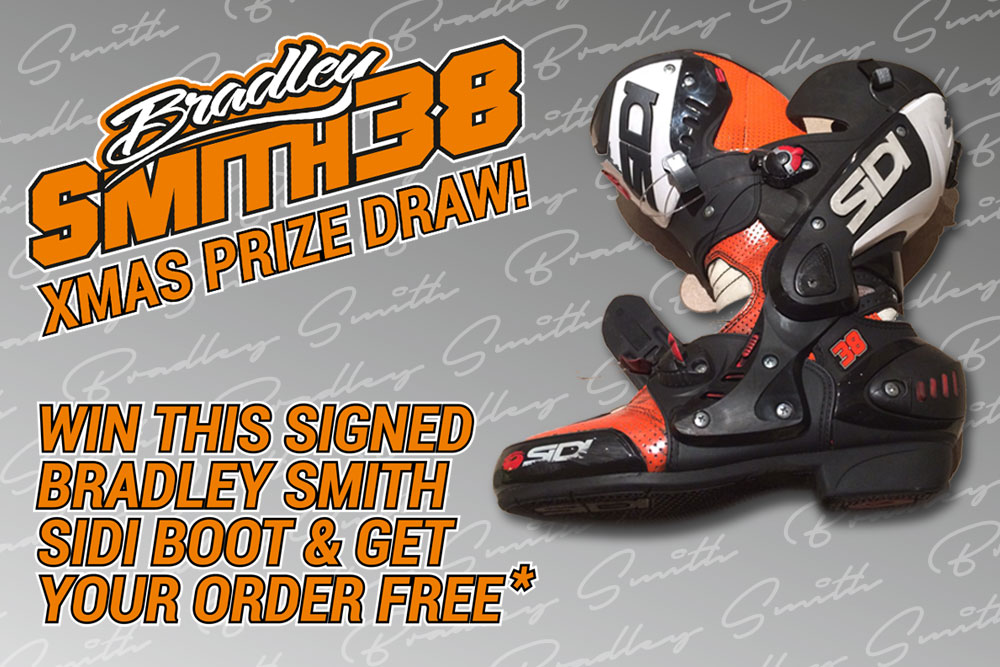 Back in September Bradley got together with KW Racewear to collaborate on a new range of merchandise that was debuted at round twelve of the MotoGP championship at Silverstone.


The response to his collection has been amazing and as a special thank-you to his fans anyone purchasing merchandise via his official website during the month of December will automatically be entered into a prize draw to win a signed Sidi race warn boot! Not only that, the lucky winner will receive a full refund on the value of the order placed!

We have also listened to customer feedback and slashed the price of the snapback caps to £20!


Check out the official shop here to be in with a chance of winning.
*Winner will be chosen at random on December 31st and contacted shortly after. 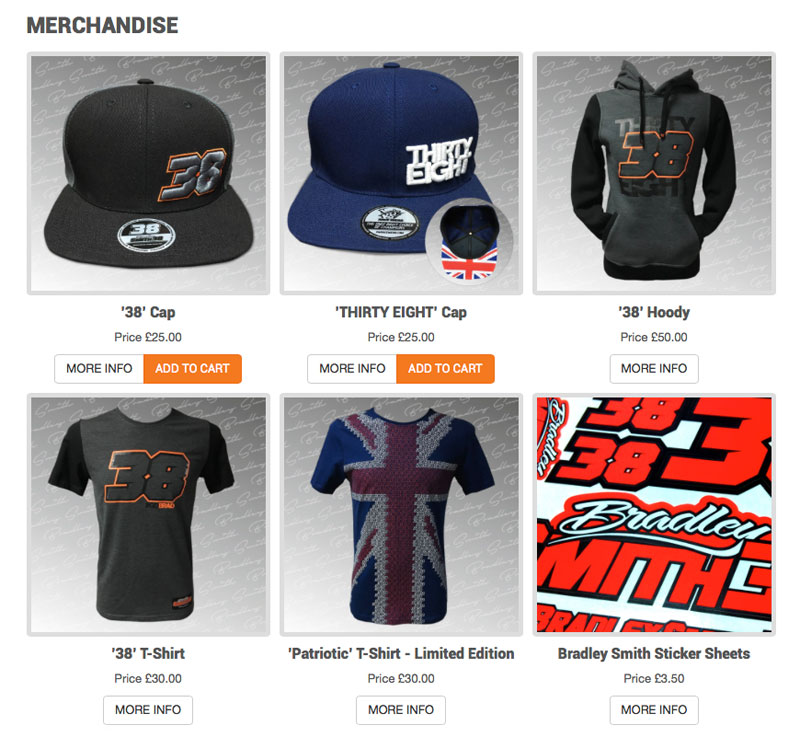