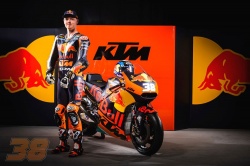 Red Bull KTM Factory Racing on Monday began a new era with the presentation of the Austrian brand’s 2017 MotoGP team at the new KTM Motorsports building in Munderfing (Austria). The entry into the premier class of MotoGP racing makes KTM the first manufacturer to have a factory team contesting all three categories of the world championship.

KTM is the dominant brand in offroad motorsport and in January won its 16th consecutive Dakar Rally with British rider Sam Sunderland on the KTM 450 RALLY. Now, together with main sponsor Red Bull, the company goes in an entirely new direction in road racing to begin contesting the elite class of the MotoGP World Championship.


Stefan Pierer (KTM CEO):
"Why MotoGP? Well, this came to us from the market. Three years ago we overtook our competitor BMW in terms of sales, and we became the third biggest manufacturer of sports motorcycles in the world. Hubert Trunkenpolz  (KTM CSO), said: ‘Now we have to go to MotoGP, and I will support you with additional sales.' I talked to Pit, and he set up a perfect program. His priority was to set up the infrastructure here with all the know-how, and all the people. I think it's the benchmark worldwide and with this three-year program we did our homework and now it's getting real."

Pit Beirer (KTM Motorsport Director):
"We are very experienced in racing but of course to enter at this level of MotoGP is another dimension for our whole company. But we love pressure because we are racers, so it’s nothing special for us to handle. Of course the last weeks and months have been an adventure and a huge effort by the whole company, so I have to say thank you to our board and Mr. Pierer for putting their trust in us so we should prepare to enter MotoGP. All this would not have been possible without all the other disciplines we raced before. For us, it is a dream come true. We have built up young riders in all the disciplines, and we stick with them, through good times and bad. It was sad that we nurtured many good young riders in the Red Bull Rookies who could go to Moto3 but then it was somehow horrible to lose them in Moto2. Just imagine what it would have been like to have a world champion like Brad Binder having to leave us. Now we are doing Moto2 we have closed the gap, so our kids can stay with us through their whole career and all the classes."

Thomas Überall (Red Bull Motorsport Manager):
"Yes for us Heinz Kinigadner is the probably the reason that we are here. He was one of the first athletes I met when I started at Red Bull, and he was also the one who brought me into this KTM family. Now after all the success and with Pit joining the Motorsport Department in 2007, everything moved a step higher, and we started to win in Offroad, and in the US and everywhere. Then with Moto3, it was a big jump into road racing. It was clear for us as an Austrian company and one with such a long history with KTM that we had to join this project from day one. We're looking forward to the same success as in offroad, and naturally also to win the MotoGP title very soon."

Mike Leitner (MotoGP Team Manager):
“First, I’m super happy to see that. All the company worked like crazy so we would be able to have a moment like this to start the project. To be fair, what we have seen since Sepang is very nice. We had some issues after Valencia. We tried to fix them, and the designers and everyone in the company worked very hard, we went in the right direction and I think the riders feel the same. But there are many challenges. The most important thing is that we keep the two boys (Smith and Espargaro) motivated and that we can deliver what they feel is good for the lap times and with their feeling on the bike. I think that’s our main goal and everyone here is working to achieve that."

Bradley Smith (MotoGP Factory Rider):
“This is something that you have always wished for and that you've worked for throughout your career. Finally, when you get the opportunity, there's the pressure that goes with it, but I certainly embrace the opportunity I have. Pol and I and all the team will be working incredibly hard. We've been busy with the winter tests, and this is just the beginning. I'm excited to see what 2017 brings." Speaking about his recent injury, Smith also confirmed that he is back to full fitness.


The KTM RC16 was rolled out at the end of October 2015 at the Red Bull Ring in Spielberg (AUT), and since then the team has conducted more than 50 test days on various GP circuits. Test rider Mika Kallio (FIN), also rode the racing machine as a wild card entry in the final round of the 2016 MotoGP World Championship at Valencia in November. The team’s two factory riders Smith and Espargaro will start chasing world championship points when the season begins in Qatar at the end of March. At the same time, the Red Bull KTM Ajo Team, with Brad Binder (RSA), and Miguel Oliveira (POR) riding the KTM Moto2 machine will be on the grid in the medium class of the Motorcycle World Championship.

KTM has been the most successful brand in Moto3 since it’s introduction in 2012 and is the current title-holder after Binder won the title last year. Binder now moves up to Moto2. The Red Bull KTM Ajo Team will race the 2017 season with Niccolo Antonelli (ITA) and Bo Bendsneyder (NED), together with other teams who also compete in the series on the KTM RC250 GP. All riders in the Red Bull MotoGP Rookies Cup also compete on the Moto3 bike. This competition, which is important for fostering up-and-coming talent, is about to start its eleventh season. 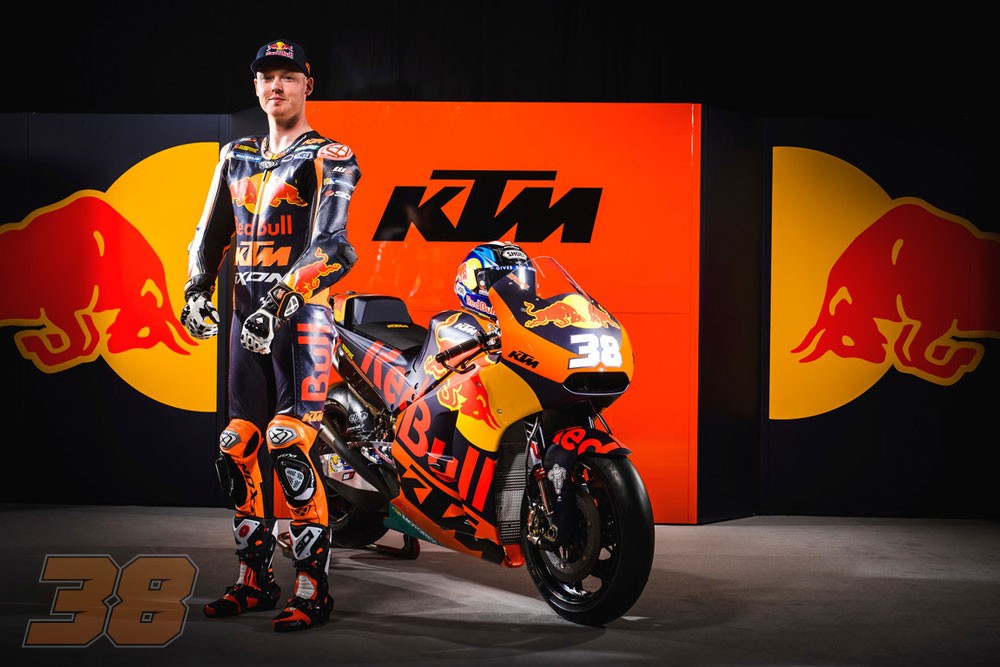