Smith gets on board with BT Sport 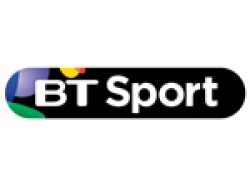 The british MotoGP rider signed up as a BT Sport ambassador on the eve of the premier event in the racing calendar, the British Grand Prix at Silverstone.

BT Sport has a five-year deal with Dorna Sports for exclusive rights to televise Motorcycle racing’s premier contest, the FIM MotoGP World Championship, starting from the 2014 season, which opens in Qatar.

Bradley Smith will feature in BT Sport programmes and marketing.

Bradley Smith:
”It’s going to be a lot of fun to be working with BT Sport at the start of a challenging new venture that promises so much for MotoGP."

Grant Best, Senior channel executive producer:
“We think MotoGP will be huge for BT Sport, We’re thrilled to have signed the biggest British talents. British enthusiasts will be able to follow every single second of the action, but we also want to welcome many new fans to the sport.”

BT Sport’s comprehensive coverage of MotoGP on race weekends will include the free practice on the Friday and full coverage of Moto2 and Moto3 as well as the elite MotoGP.

It will be hosted on-site with additional studio coverage from BT Sport’s state of the art facilities at the Olympic Park in Stratford, East London.

BT Sport intends to create an exciting second screen experience, with the ability to see races from the riders’ perspective alongside other interactive features.

Viewers will be able to catch up on any live action they miss as BT Sport will make the programming available on demand. The MotoGP line up will be enhanced by additional motorcycle-related programming in between Grand Prix weekends.