Smith ready to take on home race challenge at Silverstone 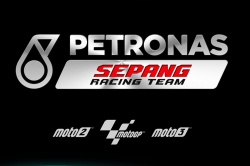 Bradley Smith will face a big challenge this weekend as he replaces Khairul Idham Pawi on the PETRONAS Sprinta Racing bike for the British Grand Prix at Silverstone, jumping onto a Moto2 machine for the first time since 2012, in front of his home fans.

Despite having to make a late debut on the bike with no prior testing as KIP continues his recovery, Smith is relishing the challenge ahead of him after missing out on a home race in MotoGP in 2018, when racing was cancelled due to weather conditions. Hailing from only 50km from Silverstone, it marks the former MotoGP podium finisher’s first time back in action in the intermediate class in seven seasons and he’s going into the weekend curious about his potential.


Bradley Smith:
“Fortunately for me, I’ve been riding a lot of different bikes this year, from motocross and supermoto to MotoGP and MotoE. I think that should make adapting a little easier, because I’ve already been jumping from a 260kg electric bike with 140 horsepower to something that’s 100kg lighter and has double the power! Every world championship is a competitive place and coming in in the middle of the season is tricky because everyone is already up to speed, but I hope I can adapt quickly. I think I understand the new Moto2 riding style, so I’ll have to change some things but hopefully not too many. Silverstone is a circuit where you have to be brave. It’s one of my favourites of the season. It’s already been a fantastic year for the team, so I’m looking forward to raising my level and maintaining the team’s good performance.”