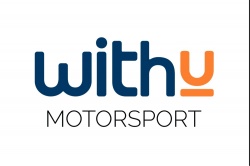 The WithU Motorsport rider explains his experience of lockdown and talks in depth about the first MotoE preseason test, held at the beginning of March in Jerez.

After the cancellation of the second pre-season test and postponement of the first round of the 2020 MotoE World Cup in Jerez, Bradley Smith talks about how he is maintaining an effective training plan in confinement. The WithU Motorsport rider also evaluates the first test of the year, held at the Jerez-Angel Nieto Circuit.


What is your experience of the last few days?
For someone who is normally quite busy, going from one place to another throughout the year, the feeling of being at home all the time is a bit strange -but it is for the right reasons. We must be responsible and follow the indications for each country; the better we behave, the sooner everything will be resolved.


Where are you spending these weeks and what are the restrictions like there?
I'm in the south of France; right now we are in total confinement, which means that we can only leave the house to go to the supermarket or the pharmacy. Fortunately, I have a balcony that I have turned into a gym, and that helps us to deal with the situation a little better.


How are you adapting your training?
For the last 15 years I have spent most of my time on the road, so I have learned how to keep up my training even with little equipment. It's amazing what you can do; it's not perfect and the situation is not ideal, but I think it will be possible to keep in shape during the weeks in which we are in quarantine.


What are you doing with your free time?
I've been able to finish a model of a VW Camper Van that I was given for Christmas. I'm also catching up with some documentaries on Netflix that I haven't been able to watch until now.


How was the Jerez test?
It was really nice to get back on the MotoE bike at the Jerez test and see the evolution and progress made there, as well as see the new riders in the MotoE World Cup in action.


How did you find the MotoE bike for 2020?
I was very surprised with the improvement in lap times. We were all within approximately a second and a half of each other. Last season there was a high level, and everything indicates that this year everything will be even closer. I think we have all learned from last season; In 2019 we had a great campaign, it was just a matter of adjusting some small details that all of us riders could detect throughout the season. There are many aspects still to try and see how they evolve: the series is still growing. As I said, we are all very close and I am very excited. I'm just waiting for the start of the season, and whenever it gets underway we will be ready.


What aspects can be improved?
Single lap times are the main aspect where I can improve. The pace seems to be there, especially on the last day of testing, where we found a good balance on the bike and I felt very confident. As always, my race pace is good, but as we know, in MotoE, E-Pole is essential -and this year it seems that the grid is very competitive, so we will have to try to always be on one of the first two rows if we want to obtain good results.


Who do you think will be your main rivals in 2020?
The reigning champion, Matteo Ferrari, started preseason very well and was the one who set the pace at Jerez. I'm convinced that Eric Granado will be more consistent than last year; We know that he is always fast during testing, especially at the Spanish tracks, but now he has more experience at other circuits and will have learned from last season. As I have already said, the level is very competitive in 2020, so we cannot rule out rivals such as Xavier Simeon, Mike DiMeglio and Niki Tuuli, who last year had a very fast pace.


There are new riders making their debut in the competition this season. Of all of the rookies, who do you think could be the strongest?
It is difficult to single one of them out, but I think we have to highlight Dominique Aegerter, who after just three days was already among the fastest riders at Jerez. We will also have to pay attention to Jordi Torres: Even though he was missing something with his single lap time, his pace during the three days was very good. I think the level will be even higher than last season, and it will be even more competitive.


What are the main goals for you and WithU Motorsport for this season?
The main objective is to achieve the title. Last season we were close; at every round except for Race 1 in Misano we were always at the front, and we reached the last round with a mathematical chance of winning the title. In the end we couldn't win either of the two races in Valencia, and although we finished runners-up, we want the title this year.