The 24 seconds of Le Mans 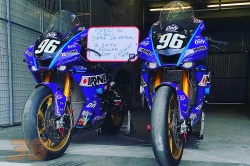 Qualifying was the best the team had ever done, both in terms of grid position (7th, 2 places better than in 2021) and timekeeping (1'36"731). The trio of pilots, Perolari-Corti-Smith were very fast and homogeneous.The ambitions were there and realistic....

But then, when starting, the bike #96 does not start at 1/4 turn as it always does. Bradley loses a few tenths of a second before setting off. He was then hit from behind by a competitor at the back of the grid, already running at full speed. The violence of the shock is incredible. Bradley miraculously hangs on to the bike for a few tens of meters and manages to steer it off course, towards the outer gravel trap, before collapsing. In just over 20 seconds, all the hopes of the Moto Ain team were dashed. The safety car takes to the track immediately. Emergency services intervene as Bradley remains on the ground for several minutes, before being evacuated first to the medical centre, then to the hospital for further examinations. Thankfully Bradley will just have to begin a weeks-long rest and rehabilitation period.

The motorcycle will only be returned to the box after 20 minutes (because normally only the rider can return the motorcycle to the pit lane). Very badly damaged, the machine is stripped then reassembled in record time by the team's mechanics: exhaust line, rear loop, tank, electronics, brake plate... will be changed in less than 40 minutes.

Corentin set off for his first stint already one hour and more than 30 laps behind. He stacks the laps in 1'37" - 1'38" and only one 10 tenth of the best factory teams. The Yamaha R1 is as fast as ever. Unfortunately at the end of the stint, the reserve warning light, damaged by the accident, did not come on. He then runs out of gas. He brings the bike back to the pits. Claudio Corti ensures a solid 2nd stint with lap times of 1'38" per lap, but the feeling of the pilots is strange. With only 2 pilots to do more than 21 hours of racing, a motorcycle and electronics damaged, the Team manager Pierre Chapuis decides to bring the bike back to the box definitively.


Pierre Chapuis – Director of the Moto Ain team:
“I am very satisfied and happy with qualifying... much less with the race. We could do something beautiful here. We had the potential, but the race only lasted a few seconds and Bradley is in hospital. The motorcycle is damaged. Corentin, Claudio and the rest of the team are really very disappointed by this fact of the race. But OK ! The most important thing is that Bradley is unharmed and can return to the circuits soon. It will take several weeks, that's for sure, but he will get back on his feet. On our side, we are going to take stock of the damage, dismantle and reassemble the motorcycles to go and defend our colors at Spa". 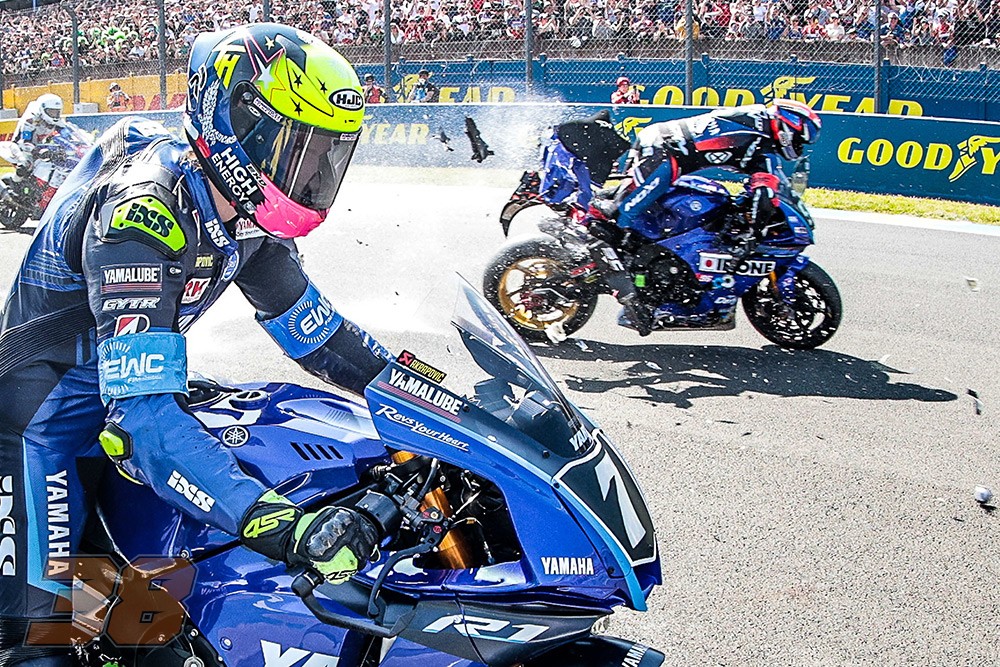