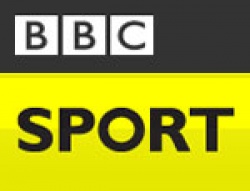 Moto2 rider Bradley Smith tells BBC Oxford he is "excited and nervous" about the new season and predicts drama at the first race under the floodlights of the Losail circuit in Qatar on Sunday, 8 April.

Smith admits he does not expect his bike to be competitive at the beginning of the campaign following an underwhelming final winter test, but has his sights set on a top-three finish before making the step up to MotoGP in 2013.

Smith has a contract with his Tech 3 Yamaha's MotoGP outfit for the next two seasons, meaning either Cal Crutchlow or Andrea Dovizioso will make way in motorcycling's premier class, with Smith admitting it makes his relationship with Crutchlow "awkward" but stating he would love to form a "great British team" in partnership with the Coventry rider.