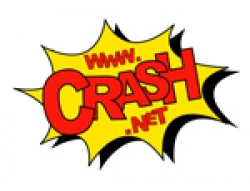 “I lost the front doing motocross, dabbed my foot and it just twisted [the ankle] around,” Smith explained. “It was lucky that I didn't do the knee ligaments, just the ankle ones. It's a four to six week [healing] process. I did it and within two hours I had an MRI and within another hour I was starting physio. I think I racked up 28 hours of physio last week!

“The boys worked hard to get me ready but I can't put much weight on it. That is the biggest problem. So when I put my toes on the pegs I can't put the pressure that I need, which is crucial for getting grip out of corners.”

Smith is the fourth MotoGP rider to be injured this winter while training on a dirt bike. Aleix Espargaro damaged knee ligaments and Scott Redding fractured his sternum in December, with Yonny Hernandez then dislocating his left shoulder and Smith injuring his ankle.

“When we are out cycling on the roads you could get hit by a car or overlap someone's rear wheel and go down on a collarbone. There are so many things that can go wrong,” Smith said. “Even inside the gym doing balancing exercises standing on a fit ball. All it takes is for you to roll off backwards and bang your head. There are gym machines everywhere.

“It was just one of those things. We're asked to be sensible. I was riding at a track. I didn't crash over a big triple. I wasn't trying to do a Supercross rhythm section. I lost the front in a corner and paid heavily for it. I did 16 crashes last year in MotoGP and was lucky to walk away with no injuries. I was kind of due one at some point! The plan wasn't a week before the first test…

“We are all trying to be better MotoGP riders and we wouldn't be [on dirt bikes] if we didn't think it was helping.” Indeed Smith, preparing for his third MotoGP season, considers such training as vital.

“It's an essential part of my programme. I've been one of the riders that is able to put in one of the most amount of laps during the weekend, during testing and I'm always strong at the end of races. Even riding injured I pretty much equalled everybody else's laps over the three days. So I'm in great shape. Unfortunately it was a small mistake and I paid far too heavily for it.

“It's happened. I believe I found the right [risk] balance and was just unlucky. Aleix was on a little 100cc motorbike in December and did his ACL. There are so many different things. Yonny did his shoulder. What are you supposed to do? If I sit indoors wrapped in cotton wool I wouldn't be a MotoGP rider. We will always be under the spotlight if something goes wrong. While everything is going right it's perfect, but as soon as it goes wrong everyone starts questioning it.”

Although clearly below full fitness, Smith set the eighth fastest lap time at the test, 1.5s behind Honda's Marc Marquez but only half-a-second from team-mate Pol Espargaro. The Englishman also set his best ever lap of the Malaysian circuit.

“I'm just glad I could come here, ride and assess a load of different bits and pieces. I was a bit of test donkey because I knew I couldn't really get 100% out of it. But when you are testing it's almost better to ride at 80-85% because you can get a general feeling of whether something is better or worse. Anything inconclusive we'll keep for Sepang 2.

“I can't really afford to crash at this point with the injury so we've kept it sensible. But I did a personal best even with an injury. Sepang has been a track that I've struggled to unlock 100% potential at. Today I was really happy because I was able to ride low 2m 1s flat a lot and then I did a lap in the 2m 0.0s and stayed in it, which is the best rhythm I've had here. My rhythm was comparable with all but the top four.”

The 24-year-old, who took his first MotoGP podium last season, has a revised Yamaha package to learn for 2015.  “We've got pretty much everything new. So that's been really good. I knew that it was going to be good around here because this is one of the places where you seem to struggle for grip. As soon as I rode the bike in Valencia I could see that it keeps grip on old tyres, so I knew it would be really good at Sepang,” Smith said.

“The bike is more stable. It doesn't twitch around as much on the brakes, so we can brake deeper. It keeps good rear grip even when the tyre starts to drop, which is essential for the corner speed o the Yamaha. They've done a great job. Yamaha are really throwing everything at this championship to try and win it. We are reaping the rewards of that as well because we get the next best [equipment after the Factory team]."

The second Sepang MotoGP test takes place from February 23-26, including a final day of development work on the 2016 Michelin tyres.