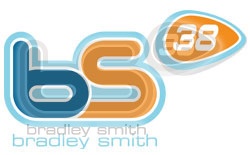 BS38 Team member Dom Rushton recently caught up with Bradley for an exclusive interview, prior to him jetting off for pre-season testing in Malaysia. Bradley gives his thoughts on his time in the MotoGP Academy, his interest in sports science and why he enjoys a great relationship with his fans...

DR: We recently posted some archive footage of you back in 2005 training and winning races in the MotoGP Academy. How important do you think being a graduate of the Academy has been in your career so far?
BS: "It’s been invaluable. I’d never be racing at the level I’m at without that experience. I doubt I’d even be road racing at all if it wasn’t for the academy. Making the move from Motocross to road racing was a big financial commitment in itself. The academy allowed me to take an even bigger step up from racing in the British to the Spanish Championship, giving me access to much better equipment, which was very important. We simply would never have been able to afford to race at that level at the time (2005).
"The Academy set me up to begin racing at World Championship level in 2006 and it became the foundation for me being able to stay and grow within the championship, by racing with competitive machinery. The Academy was a major factor in coming through to be a MotoGP rider."
DR: Tell us about your recent Middle East Tour - it sounds like it went really well, on and off track?
BS: "It was very exciting but a little bit eventful as I just went there with my Dad and couple of mates and that was it. We turned up at the Qatari championship and tried to do battle with a QMMF Team (laughs). We weren’t well prepared, but we had fun."
"I rode in Bahrain and met the media along some interesting people, who are looking to set up projects involving young motorcycle riders which was really good. I met some Sheiks and some influential people from within the Kingdom of Bahrain. I even visited a local school and got to be part of the ‘show and tell’ assembly, starting up the R1 which went down really well with the teachers and children."
"Overall, it was great fun, with a little bit of chaos thrown in -  but it was 10 days well spent."
DR: You’re back in the UK now, this time visiting the city of Liverpool - why’s that?

BS: "I’m visiting Everton FC, which has been organised through one of my personal sponsors, Optimum Procurement - they look after my back office and also work with Everton, so they know the key guys there. "

"It will be interesting to witness how a premierl eague club runs and to see the sports science behind how they train world class football players and the crossover with world class motorcycle racers.  They are giving me special access to see the first team training close up, which will be exciting. I’m also going to be doing a specific fitness test that the players go through, which will be a good benchmark for me. On my travels, I get to see that the Premier League is a real focal point of UK sport, so it will be interesting to see how that side works and if I can potentially do more and assist with the fan base, in taking a little bit of audience across to MotoGP."

DR: To be clear though, your football loyalties lie with Oxford United?

BS: "Yes of course! (laughs) I wouldn’t say I’m a diehard football fan, but I am an Oxford United fan. I think I’m also obliged to confirm this to Nick Harris!"

DR: Nick Harris, who is your media/PR adviser and MotoGP commentator - but I’m guessing most importantly of all BBC Radio Oxford commentator...?

BS: "Yes! He’ll shoot me if I dare say anything negative! (laughs) Oxford is God’s country - you have to always remember that."

DR: You work with one of the most experienced triathletes in the world ‘Ironmate’ Mark Kleanthous, so the details of sport science is something that interests you?

BS: "Absolutely. A top motorcycle racer has a continuous heart rate of 175bpm to 185bpm during a 45 minute race, whilst wearing leathers, boots and helmet, so the heat stress is pretty intense. You have to examine this issue in some detail and be open to new ideas to see if there is anything you can learn from others to improve. This includes working on my approach to preventing injuries as well as rehabilitation techniques."

"I have a great relationship with ‘Ironmate’ Mark and this is important as I’m in MotoGP now, which is quite a serious business, so we’re always assessing new ideas together. For example, the Sky Cycling team brought over a guy from swimming to be a fresh pair of eyes on their approach, which clearly worked for them."

"I know that Everton are working with a leading sports science company called Athletes Performance based in America, who work with the top 100 NFL players. It will be interesting to see how Everton actually work with their players, and to listen to their perspective on motorsport athletes as I know the assistant manager Steve Round is a big bike fan."

DR: What specific changes have you made to your training regime to accommodate your step up to MotoGP?

BS: "I’ve focused a lot more on strength work - that’s the key change. I made the decision to go to Bahrain to ride the R1 - the reason being that I’ve never ridden a 1000cc bike apart from a MotoGP bike, so it was good to go there and ride an R1 with no traction control, no electronics and to learn how to turn the power on with my hand. The other benefit of course is that the R1 is 35 Kilos heavier than a MotoGP bike - learning the Qatar circuit on a bigger bike was useful as it is the first round of the MotoGP championship and it is quite different on a 1000cc machine versus a 600cc or 125cc."

"I’m probably not in the cardio shape I’ve been in previously, but my focus on strength is working - I felt the strongest I’ve ever felt whilst riding in Bahrain and Qatar, which was two 15 lap races. It’s been one of those transition periods you have to believe in and hopefully this will come out once the season starts in April."

DR: So you can push yourself in terms of endurance but the strength is something you have to work on to come from within yourself?

BS: "Exactly right, your muscle can only give you so much. Whereas, you can drill yourself into the ground if you’re feeling a little bit puffed out but the thing you can’t stress is strength - and this is the work I hope will pay off for me."

DR: In Moto2, you had a really close working relationship with your crew chief Tom Jojic. Now you are working with the team that looked after Dovi, how will that be different?

BS: "Obviously it is going to be different as Tom was a great teacher, a great friend and someone that I will really look forward to working with again in the future."

"However, going in with Andrea’s team is very exciting. We have Guy Coulon, who has vast experience and has been very successful within MotoGP, with a lot of experience working with Yamaha. This will be vital in teaching me how to improve my riding on the Yamaha M1."

"I’m also looking forward to working with my new data guy Andy Griffith who’s worked with James Ellison, James Toseland, and Colin Edwards prior to Andrea. He knows the different riding styles and how the bike needs to be ridden to get the most out of it. I’m going to have a very experienced and knowledgeable team teaching me how to ride a Yamaha M1, which in my first year is really important. I really couldn’t ask for more. It’s a different atmosphere to that in Moto2 - it’s more relaxed because they know their job. I’m used to a bit more chaos, but a calming environment will be good for me in my rookie season."

DR: Looking at all the aspects, are you feeling confident for your rookie season?

BS: "I’m really happy with what I’ve done. I’m excited to ride the Yamaha M1 again as my initial feeling during my first ride in Valencia was very good. It wasn’t something that scared me, although I did have some apprehension going into the first test. I have a fresher mindset now as the end of last year was very tough, and it was right to go into a winter of doing something different. I’m looking forward to riding again and to take on the challenge that is MotoGP. It’s going to be a long season from February to November, so I can’t go at it all guns blazing straight away but I’m ready for the period ahead."

DR: Finally, you’ve always had a good relationship with your fans. Your followers on Twitter, Facebook and your Official Website continue to grow, how does this transmit to you on the racetrack?

BS: "Without doubt, it’s a great boost and it pushes you on. I really appreciate the fans that stick with me through the difficult times, like when I was outside of the points last year or when I was riding 100% for 12th position - you know in your heart, it’s not the place you need to be. I’ll always be grateful for these fans. They keep me going. I just have to accept that others with different opinions are just part of life."

"Ultimately, I have a strong belief in the BS38 team. This is not only the people working closely with me but it’s the people sat on the sofa at home, shouting at the TV, sometimes getting up at 4am to watch me race and wearing my t-shirt. They’re all part of the team, and are just as important."

"It means a lot to me and I’m glad that we’re all going into the MotoGP adventure together!"

DR: Thanks for your time and good luck for the season ahead!