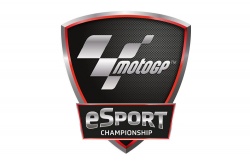 Always at the forefront of digital trends, Dorna Sports kicks off the MotoGP™ eSport Championship in 2017 to further engage its gaming fan base - as well as enticing fans to race in the comfort of their homes.

Dorna Sports approaches this project as a brand new Championship within its  portfolio of racing series, managing all aspects of the competition. The official MotoGP™ '17 console video game - produced by long standing licensee Milestone - will provide the backbone of the MotoGP™ eSport Championship, allowing gamers to take part in online challenges throughout the 2017 season with the aim of qualifying for the season finale, to be held in November at the circuit in Valencia - coinciding with the last round of the FIM MotoGP™ World Championship. The eSport final event will be broadcast live by Dorna’s Media partners.

Exclusive to SONY  PlayStation® 4, the MotoGP™ eSport Championship will provide a direct link to real life racing with seven online events in a time trial format. The 16 fastest players will be invited to test their skills in a first live event in Valencia, just ahead of the MotoGP™ season closer, with a BMW  M240i car up for grabs as the top prize.

This first foray into the eSports scene will lay the groundwork for a more extensive calendar for next year's eSport Championship, which is backed by several founding members - most of whom are already involved in the MotoGP™ World Championship as sponsors or partners.

Pau Serracanta, Dorna Sports' Commercial Area Managing Director said: "Moving into the eSports scene is taking MotoGP into a new era. It's a unique way to engage our established gaming audience and also a clear sign to the wider gaming community that MotoGP™ is not only one of the top motorsports properties in real life, but also one of the most exciting digital experiences a console game can deliver. We will be putting together an exciting package mixing virtual and real life encounters blending the two worlds to deliver the utmost authenticity. From top tier partners to Media broadcasters and MotoGP™ teams, the stakeholders will be working in unison to have a successful start in eSports, on a scale befitting MotoGP's highest standards."

Be the first to watch the trailer here