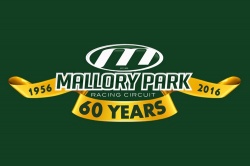 It has been confirmed that Moto GP rider Bradley Smith will attend the Mallory Bike Bonanza as a star guest.

Bradley Smith, 25 and from Oxford, will be present at the Leicestershire Circuit on Saturday 30th July, where he will also join in with some track action, but unexpectedly not on 2 wheels!

Bradley, a graduate of the Moto GP academy, has been competing at the sports highest level since 2006, where he first raced in the Moto GP 125cc class. Eleven years on and the British rider is currently contesting his 4th year in the most prestigious motorcycle racing championship in the world, Moto GP.

Bradley finished all 18 Grand Prix races inside the top 10 last year, putting himself 6th in the overall championship standings and the highest placed British rider for the second year running.

2015 also saw Bradley bring success in the Suzuka 8 hour endurance race, held in Japan where he rode for the factory Yamaha team.

Natalie Hansard, Manager at Real Motorsport Limited, “Adding Bradley to our ever growing star line up is really exciting, and is a great opportunity for spectators to meet a true British Grand Prix talent.  We are really looking forward to welcoming him to Mallory Park on the Saturday for the Bike Bonanza 2016.”

Motorcycle enthusiast clubs will once again return to Club Central displaying an array of bikes from many different manufactures and eras. Indulge in some retail therapy at the trade and auto jumble stands open on both Saturday and Sunday. Live music from local bands will be performed on both Friday and Saturday evening in the entertainment marquee.

Advanced tickets close at midnight on Thursday 21st July and can be purchased through the Mallory Park website. More information regarding the weekends events can be found from malloryparkcircuit.com or by calling the dedicated hotline on 01455 502214.