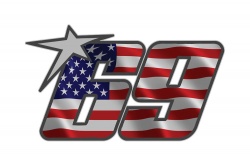 Bidding farewell to a true Champion, on and off track

MotoGP™ Legend Nicky Hayden sadly passed away on Monday evening, after the American was involved in a collision with a car whilst cycling on the Riviera di Rimini last week. Hayden had been rushed to a local hospital before being transferred to Bufalini Hospital in Cesena, later succumbing to the injuries he sustained. He was 35 years old.

A true Champion on and off track, Hayden will be deeply missed.

MotoGP™ Legend, 2006 World Champion, WorldSBK race winner, fiancé, uncle, brother, son, friend or simply the “Kentucky Kid” who rose from American dirt track to the absolute pinnacle of his sport, Hayden was known for many things to many people, and put his name to an astounding number achievements both within racing and beyond its limits – key amongst which was his moniker as ‘the nicest man in Grand Prix racing’. A true competitor with an incredible commitment to his sport, and a true family man dedicated to the people around him.

Hayden will be deeply missed by the paddocks he has graced throughout an incredible career, his millions of fans around the world, and by all those closest to him. We wish to pass on our sincerest condolences to his family, friends, team and colleagues as we sadly bid farewell to the “Kentucky Kid” far too soon – a true legend of the sport, and to all those who knew him.