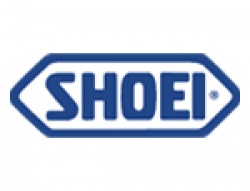 Moto2 star Bradley Smith has been in the Grand Prix paddock for seven years despite only being 21. One of the nicest blokes you’d ever meet, we caught up with him to talk about being a veteran, his new replica helmet and a ride in MotoGP.

SHOEI: How do you think your season is going?
Bradley Smith: Erm, it’s been a tough one. Definitely not an easy season, but we are only five races in and I know there is a lot more racing to do and things to try and achieve. I’ve scored in the first five races – which is the main thing – but we need to make sure these are in the top 10 and then working to the top 6.

SHOEI: You’ve recently celebrated your 100th Grand Prix start. Has it gone quick?
BS: Terribly quick! I was thinking about everything I’ve done in that time. People say that at 21 I am still young, but I’ve been in this championship seven years now. I feel well old – a veteran!There was a point where I think I had a podium record of one in three or in four races, which considering when I started on a Honda (in 125s) as a rookie they were good statistics to have!The last two years have gone a bit empty, just because of moving up to a new class with Moto2, but three podiums was more than good enough in my debut year. But I’ve got a silver second place championship medal sat at home, I’ve been on the podium more than 20 times, I’ve nine pole position watches – yeah, I’m pretty happy with how the 100 GPs have have gone.

SHOEI: You’re heading to MotoGP next year with Tech 3. Is it hard not to think about that?
BS: To be honest, because this season has been such hard work it means that I’ve had no time to focus on MotoGP. The fact that it is sat there waiting for me and I can pick it up in November when I get the chance to ride the bike, I don’t really have to worry about it. Obviously I like to see what is going on with the Tech3 boys in MotoGP, they’re doing a good job, Yamaha have delivered a good bike, Lorenzo’s winning, that fills me with great confidence and I have a prize waiting for me at the end of the year to take. If it means I get off the Moto2 bike at the end of the year on to a potential winning machine and then it is down to me to learn how to ride it and do my job properly.

SHOEI: You’ve used Shoei helmets for five Grand Prix seasons, what do you like most about them?
BS: My favourite part is the low profile – when you are in the aerodynamic position, the helmet isn’t still stuck above the screen. Coming from 125s as quite a tall guy – quite a tall guy in Moto2 as well – I was always really finicky about trying to get tucked in as much as possible. As soon as I used Shoei in 2008 I looked at pictures of me riding and I could see just how tucked behind the bubble I was getting. Small things can make a big difference.

I love being involved with Shoei and the whole family. The racing service is always great. We never have problems – whatever the conditions – with the helmet the performance is always top. When you’re racing at this or any level, you can’t afford things to be wrong – especially with your helmet. But nothing ever goes wrong.

SHOEI: How many Shoei X-Spirit IIs do you have for a race?
BS: I have four helmets prepped for a session – two for dry conditions and two for wet. I try and use to two ‘wet’ ones in a wet practice session. Water can seep in if you do something like lift the visor and mess it up – so I swap if I come back in the pits. It can be the same in dry; you’re that hot and sweaty you don’t want to put it back on.A helmet is a funny thing. It is the last thing you put on before battle and it has to be right. Putting a new clean one always feels better than a hot sweaty one!

SHOEI: With the Shoei XR1100 Bradley this is the first year you’ve had your own replica helmet available.
How does that feel?
BS: I can’t believe people would go out and buy my helmet; it really is one of those strange things! I tried to buy a couple from Feridax (Shoei UK Importer) for my friends and I was told they had none left – all the dealers had really got behind it and taken all the stock. I’m astounded!Honestly, when I’ve seen people wearing my replica on the road I always go ‘wow!’ You look at other peoples replicas from MotoGP and you instantly spot them and to have my own and that people are going out there and buying it with their hard-earned money is pretty cool. I don’t feel like I’ve made it now, but it does feel pretty special.