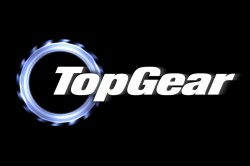 MotoGP came to Silverstone a few weeks ago for the British round of the world’s premier bike series. We took the opportunity to speak to Yamaha Tech 3 rider Bradley Smith, a 24-year-old Brit racer with big ambitions.

Rather than enjoy the summer break you went and won the Suzuka 8 Hours…
"Yeah, I don’t like to stop! It’s a physical challenge that I’ve always wanted to do; 37 degrees outside, 60 degrees track temperature, racing a 1000cc motorcycle for over an hour at a time. We won it in our very first go, having never seen the bike or the circuit. It was a fun thing to do.

I think being versatile is really important. I was at a different track, racing against different riders, working with different people and new components that I’m not used to. While it might not directly link to what I do now, it’s all experience I can draw on.

My focus is MotoGP, but for my portfolio it’s proved I can ride a production bike, which means World Superbikes is a possibility. It’s just adding extra branches to the tree."

Would you like to try racing on four wheels, then?
"It’s something I really want to do. I was actually going to try the Porsche Carrera Cup, but they were a bit worried because I was only 19 at the time, and it didn’t work out.

I really like rallying, that seems to be my cup of tea. Single-seat racing is something I could soon understand, but the level of those guys is high, and the G forces are something you have to grow up with. Rallying is something I’ve seen other guys take to, and I’m a motocrosser at heart too, so the off-road aspect is something I’d love."